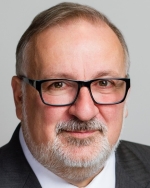 Victor Hamit is recognised as one of Australia’s most experienced tax advisors to the Licensed Clubs Movement in various State jurisdictions. With over 25 years experience he has advised clubs from local sporting clubs to major professional league clubs, not only on tax matters, but general commercial and legal advice. Victor has also advised peak industry bodies such as Clubs Australia, Clubs NSW, Clubs Queensland, Clubs SA, Clubs Victoria and Community Clubs Association of Victoria. In addition, he has also provided practical commercial advice to SME’s and publicly listed companies. 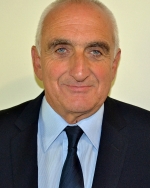 Brian Sproule joined Wentworth Lawyers as a Senior Consultant in 2008 after spending 27 years with the Australian Taxation Office, 8 years of which was focusing on the taxation of NFP’s. Brian brings a perspective based on thoughtful but practical advice to clients. He is an expert on the taxation of charities and other NFP entities.

John Lock retired from Victoria Police after having served as a Divisional Licensing Inspector at Prahran, Fitzroy, Collingwood and Echuca. He has been a Licensing Consultant since 1988 and his clients include large New South Wales Registered Clubs, supermarkets, as well as many hotels and restaurants and sporting clubs.